It was a big stone in the ring before I was asked to work on this engagement ring. Now I was asked to keep the halo and figure out a way to add a new, mammoth, stone. Since the new stone was as wide as the halo, I was not going to buy a pre made head.
The first thing I did was to carefully remove the original head. It was laser welded on so I could not just heat it up and “un” solder it. I removed the small diamonds, incrusting the head, and cut it off in pieces. Then I used round burs to carefully grind the rest away. 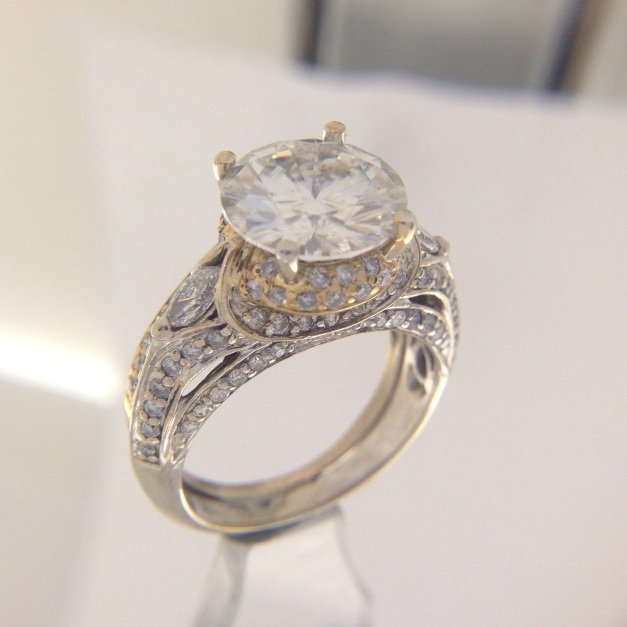 With the halo saved, I removed 4 diamonds in 4 even, strategic spots and drilled out a space with a 1.3mm round bur. I laser tacked 1.3mm white gold wire in place and tweaked it until I was happy with their placement and angles. Then I proceeded to solder them in place. 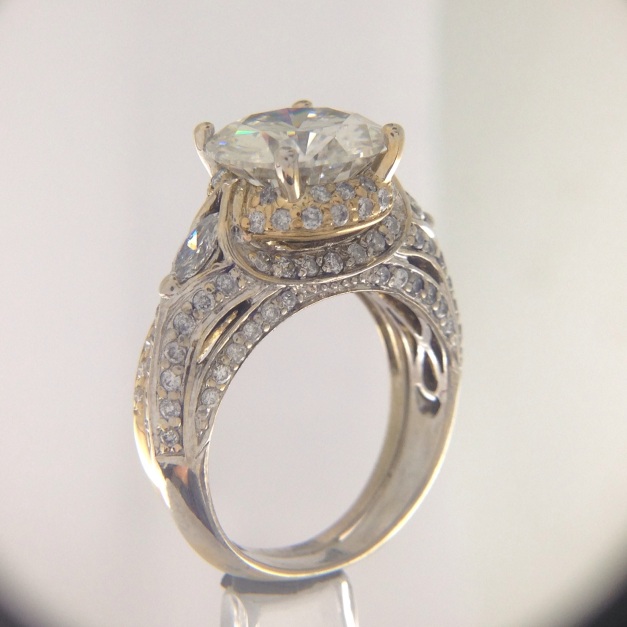 Said a prayer and set the new stone. I must say, the ring looks like it was originally made this way. It almost looks more natural now, then the beginning design.

One comment on “Puzzle: Add a new, larger stone.”