There is a wonderful back story behind this family ring. After 10 years of marriage and the addition of 2 children, they decided to have the wedding ceremony that they never really had. Their son was the ring barer and their daughter, the flower girl. And this was the ring presented to her on that day. (Not in the condition pictured). 😉 It contained hers and his birth stones, a diamond in the center to represent the 10th year anniversary and a pink and blue stone for their two children. She admitted that it has been in this state for about a year and a half when I ran into her at the bank. The ring was missing a few prongs that led to the loss of the pink tourmaline. And the sapphire was is need of a prong tip. I told her that it was not too big a deal to fix. Not too expensive.

I laser welded on 14k yellow gold wire to act as the new prongs for the pink tourmaline. I hit the seam a few times with a strong beam at 0.3mm then opened up the beam to 0.9mm where it literally shines the surface. Very little polishing required. I covered the blue sapphire with a putty that watch makers use to remove finger prints and dust from inside a watch dial and crystal after being worked on. The putty helps protect the stone from any stray laser light as I was welding the prong with the stone still in the head.

I dressed the sapphire re-tip and set the pink tourmaline. The ring was completely burnished to remove dents and dings and was lightly sanded and polished to the day that she first got it. 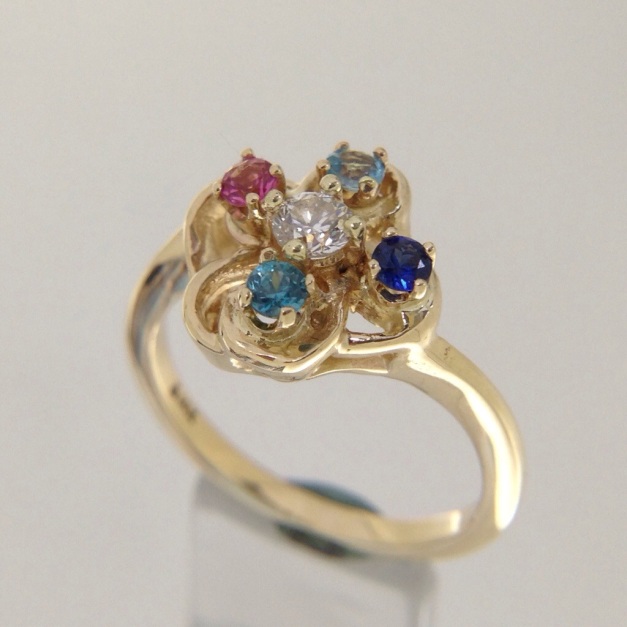